Carol L’esperance has made a name for herself in Western Massachusetts running circles over the years for her impressive achievements and contributions to the long distance running community.
L’esperance started her running career in 1981 at 31 years old. Though she started relatively late, she quickly made up for lost time, running well in both local and national events. She became the New England Track and Field Champion in the mile and was named the 50+ age group Women Runner of the Year by New England Runner’s Magazine in ____.
Her personal bests include a 4:59.28 mile and a 35:50 10k. She still holds the Greater Springfield Harrier’s SnowStorm Classic 5k course record of 17:36 (along with another local legend Sue Haryasz) which Carol first set in 1981. She also has the GSH Summer Sizzler 5k course record of 19:26 also set back in 1981. Finally, Carol holds countless single age records in other local weekly races all over western Mass.
As she has grown older Carol has not slowed down. She currently holds holds the St. Patrick’s Day Road Race record for women 60+ years and older and recently placed 1st at the New England Cross Country Championships in the senior division.
Carol L’esperance’s speed, work ethic and determination throughout her life is why she is a member of the Western Mass. Runner’s Hall of Fame. 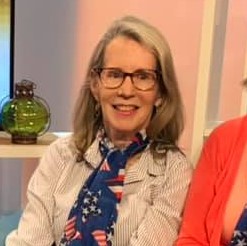