Today almost 60% of road race finishers are women. But it was not always that way. Women took over the majority in 2010, but as recently as the mid 90’s, they made up about 30% of race finishers. There are a lot of factors that have played into this dramatic shift, with a critical one being female role models among runners, coaches, and volunteers.
Cheryl Abert has been one of those role models - in all three categories!

As a young girl, Cheryl simply enjoyed running, often just running back and forth to her friends’ houses. While attending Chicopee Comprehensive High School, she attempted to run cross country but there was only a boys’ team and she was told she could only train with them but not compete. Fortunately, the times were beginning to change and in her junior year an art teacher started a girls’ track team. Finally, able to compete, Cheryl quickly found success qualifying and running in the State Championships in both the hurdles and Half Mile. After high school, Cheryl just ran for the fun of it and then started entering local road races, eventually joining Empire One Running Club.

In 1981, Cheryl gave the marathon a go and after finishing she was very quick to state she would never do another one. She stuck to her word for 14 years until two friends decided to run their first marathons and they talked Cheryl into training with them. So, they trained and ran the marathon together and she actually admitted it was fun! Next thing she knew her lunch time running buddies were talking her into trying to qualify for Boston. So, she took them up on the challenge and with their support, she proceeded to take over an hour off her time and she qualified for her first of 15 Boston’s.

After that success, Cheryl started thinking, maybe if she worked hard, she could qualify for the Olympic Trials. As Cheryl recalled, “With the help of friends, the support of my dad and running 80 miles a week while working full time with two kids, it all paid off”, she ran an amazing 2:45 at Clarence DeMar in New Hampshire. And so over 20 years after not being allowed to run high school cross country, at the age of 38, Cheryl toed the line with the best female marathoners in 1996 Olympic Trials for the Atlanta Olympics.

When asked what she considers her greatest running accomplishment, considering her Olympic Trials, her 2:45 marathon, a sub 60 minute 10-miler, a sub 18 minute 5K, sub 37 minute 10K, or maybe her 1:21 Mt. Washington, Half Marathon victories at Westfield, Hyannis, Mohawk-Hudson or Marathon victories at Holyoke, Mohawk-Hudson, Clarence DeMar, Portland and Hyannis, Cheryl recalled coaching girls at her alma mater for 11 years and the joy it brings her when she sees some of the girls still out there running.

While still running competitively, for years Cheryl has also been a staple at local races volunteering. While volunteering can be hard work, it brings Cheryl pleasure seeing others getting out there to run and have fun, no matter how fast or slow, and she knows her efforts are appreciated. Plus, she gets to see all the runners that she has known for years.
As a runner, coach and volunteer, Cheryl has been a role model and has left an indelible mark on the Western Mass running community. 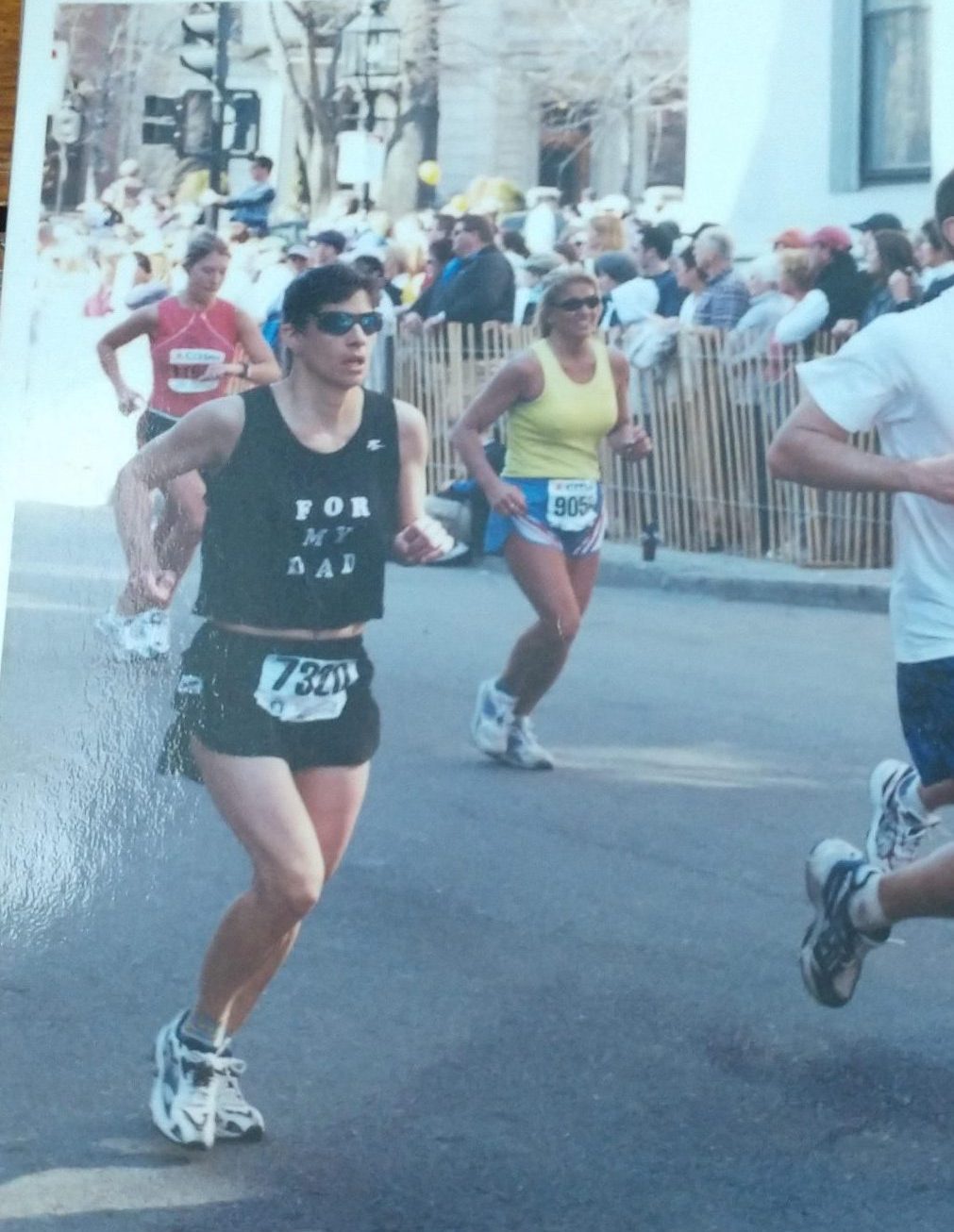