Dave Reinhart has been a runner and, more recently, a coach for over half a century, starting his running career as an 8th grader in the mid 1960's.

Running a 4:18 mile in high school in New Jersey in 1970 earned Dave a scholarship to American University in Washington, DC, where he competed in 3 NCAA D-1 Cross Country Championships, competing against the legendary Steve Prefontaine of Oregon twice, as well as finishing 11th in the 3,000 meter steeplechase final at the NCAA Outdoor Track & Field Meet. After college he finished 5th in the U.S. Championships at UCLA in the 3,000 meter steeplechase and also ran his mile PR of 4:03.

Locally, Dave won many road races overall, including the Longmeadow Father's Day 10K and Wilbraham Peach Festival 5 Mile, in his late 30's and set several age group records, some still standing, at the weekly Northampton Community Gardens 5K race (first man to break 16:00 in 1991, at age 39) and the Greater Springfield Harriers' Forest Park 5K and 8K. He also was top Masters runner at both the Holyoke St. Pats 10K and the Talking Turkey 6 miler.

Dave led the Greater Springfield Harriers to senior level (50+ age group) New England XC team wins and a 3rd place at Nationals, where Dave claimed the National Masters 5K XC individual title in 2002. In his mid 50s in 2008 Dave began his coaching career in W. Mass starting as Head Coach of Boys XC at Holyoke HS. By his 3rd season Dave had taken the team from a last place finish in Western Mass a few years before he took over to a state qualifying berth in 2010, and by 2015 coached his boys to their first ever Western Mass title in over fifty years since the sport began at Holyoke in the early 1960s. His 2015 team also finished 8th at the MIAA State XC Meet. For his efforts he was twice honored by the MA State Coaches Association as regional "Coach of the Year."

After 11 seasons at Holyoke, and a streak of 5 years straight qualifying for the state XC championships, Dave left to coach in Northampton, his hometown of 17 years, leading the Blue Devils to back-to-back W. Mass titles in 2019 and 2020. In early 2021 Dave and his wife, Kristine Ross, moved to Amelia Island, Florida where he continues to work as an Executive Recruiter and coach again at the high school level in the sport that has been his "best friend" for almost forever! 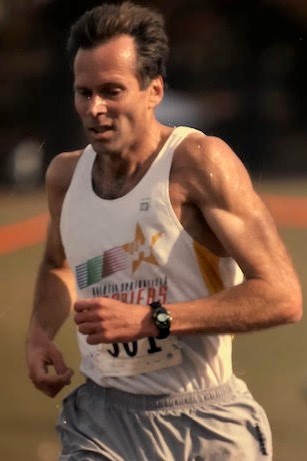