Pete began running in high school at Williston Academy in Easthampton 1961-1965 (back then, Southampton where he lived had no high school). After a less than stellar career on the bench in soccer and basketball, Pete tried his hand, or rather feet, at track as a sprinter on the track team. Pete recalls a race where-by the winner in the 100-meter races had his sweat bottoms on before Pete had even finished the race. Sprinting prowess aside, Pete soon discovered he was more adept at the distance events. In his junior year at Williston, they started a cross country team where Pete was soon the fastest; the team only lost one meet his senior year. During this time, Pete set the school two-mile record of 10:09 in 1965. Pete recalls running against a Mt. Herman runner who was much faster by the name of Frank Shorter.

After high school, Pete attended Alfred University where he ran cross country and track all four years. He recorded times of 4:21.8 in the mile and 9:29.6 in the two-mile, school record at the time; besting time of Bob Sevene who went on to coach at Nike. After college, Pete started running local races in Western Mass where as he recalls “ there was roughly one race a weekend in all of New England” Pete sought to remain competitive so he soon joined the Mountain Park Amateur Athletic Club which was managed by Dick and Walter Childs who was an AAU commissioner and they organized the local races usually out of a VFW or American Legion.

Pete recalls that in 1965 he “ran the Holyoke Marathon which was then nearly as big as the Boston Marathon in 1965 just out of high school and led for a few miles before finishing in 3:56 in the June heat”. Bitten by the road race bug Pete and others formed the Greater Springfield Harriers (GSH) in early 1970's to offer a competitive club for post collegian runners and to compete against clubs from Boston (Boston Athletic Association (BAA) and the Greater Boston Track Club). The club was soon putting on races including the Summer Sizzlers in Forest Park. In 1980, Pete introduced the concept of single age records rather than age group records. These age group records are still in effect today and have been utilized by other local races as a way to drive participation and enthusiasm. The popular Snowstorm Classics series followed the summertime series a few years later.

The Harriers eventually took over for both the Holyoke Marathon and 4th of July race in Springfield when each ran into financial/organization problems. Pete was also instrumental in promoting the idea of races awarding team prize money in addition too, or instead of, individual appearance money or prize money (this was against the AAU rules at the time) and the first race to do so was the now defunct Springfield Paper Chase 10k.

Pete has been a delegate to the USA Track & Field (USATF) national convention for several years and was president of USATF for a couple of years. During his tenure, he helped to institute the Grand Prix series of road race championships. Pete dedication to the sport has also spawned a retail running store – Fast Feet Inc.- to help fund the GSH teams. Pete’s long and distinguished career in, and passion for, the sport of running is evident, and he is a obvious first term inductee to the Western Mass Runners Hall of Fame. 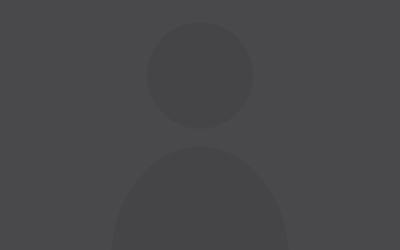