He began running on dirt roads at night, all by himself, simply enjoying the peace and solitude. He soon realized that he had an ability and he wanted to challenge himself to be better. He ended as arguably the greatest high school cross country runner in Western Mass history.

In 1972, as a junior at Southwick High School, Stetson won the Massachusetts State Cross Country Championship at Franklin Park in Boston. In 1973, his senior year, he repeated, setting a new course record and becoming the first runner in state history to win back-to-back championships. To this day, Stetson is the only runner ever from Western Massachusetts to win the State Championship twice.

When asked about his back-to-back State XC titles, Stetson reflected, “As a junior, I thought it was quite the feat to win the State Championship title, because in the ’70s, there was only one division. It was thrilling to win it the first time, but the second time was even more satisfying because of the loaded field of runners I faced. I also had a target on my back at every race. I was now a known quantity. Going into the state meet and trying for a repeat, I really felt the pressure. However, I had one thing going for me that the other runners didn’t have: Richard Atkinson. He prepared me physically and mentally to win the race going away.”

It should be noted that this race had arguably the greatest field of runners ever assembled in Massachusetts state cross country history. In that race were Danny Dillon, Alberto Salazar, Bob Hodge and Michael Quinn, all of whom would become future collegiate All-Americans.

As a collegian, Stetson ran his first two years for Providence College, placing 4th in the New England Championships his freshman year and running a 4:07 mile on the track. As a sophomore in 1975, he earned NCAA Division I All-American status as he led his team to a 3rd place finish in the National Championships. Stetson then transferred to the University of Massachusetts and in 1977, he once again earned NCAA Division I All-American status, while leading his team to first place at the IC4A Cross Country Championship at Van Cortland Park in New York.

While Stetson Arnold worked for all he accomplished, he is quick to identify those who had the greatest impact on his running. “There were three people who had a significant impact on my running and my life. One of them was Rick Bourie from Cathedral. He was a Western Massachusetts, State and New England Champion. He was my mentor. We often ran together, and he was generous with his time and encouraged me to believe in myself and my talents. Another instrumental person in my career was my high school coach, Richard Atkinson. He was arguably the greatest running coach in Western Massachusetts history. He was a pioneer and innovator in training and running techniques. He also had a passion for the sport of running that was unparalleled. He was a college coach who stayed at the high school level, and he had utter belief in me and I in him. Lastly, but certainly not least, was Steve Prefontaine. In the spring of 1974, my senior year, I was recruited by the University of Oregon. On that trip to Eugene, I spent two glorious days with “Pre.” I ran with him, and he took me to one of the original Nike stores to buy running shoes. He was the greatest American distance runner at that time. For a high school senior to be in the company of this illustrious Olympian was magical, and I will never forget that experience.”

After college Stetson went to work in his family’s business and today, he runs for pleasure and health while also coaching Cross Country at his alma mater, Southwick High School. Obviously, Stetson listened to Coach Atkinson when it came to his running and he is quick to credit him. However, Stetson’s greatest compliment to his coach is shown when he emulates him as an adamant supporter of all the Western Mass runners and through his willingness to assist any runner or coach looking for advice. 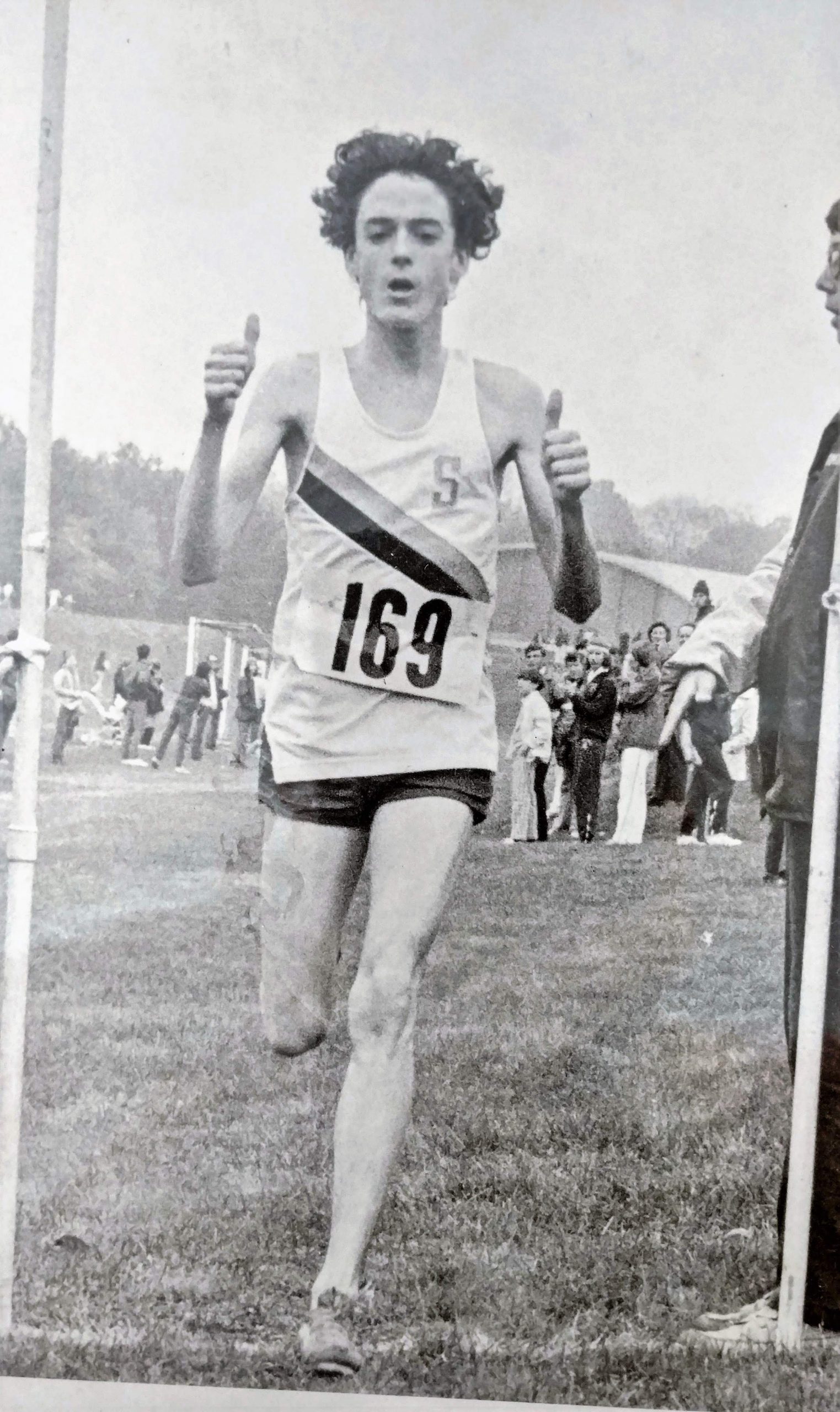