Tommy Leonard once referred to himself as “an old country bumpkin from Westfield, Massachusetts.”

In truth, he was a fairly cosmopolitan type, both revered and adored in the running community. Tommy was the running “Goodwill Ambassador”. He was the beloved founder of the Falmouth Road Race that began in 1973 as a fundraiser for the Falmouth High School girls track team.

The Westfield High School graduate and Marine Corps veteran is perhaps most well-known for holding court for decades at Boston’s legendary Eliot Lounge, where he’d rub elbows after each Boston Marathon with the likes of Olympic marathoners Frank Shorter and Joan Benoit, to say nothing of the political types who were also among his admirers. (He is, by the way, a member of the National Bartenders Hall of Fame.)

Road race journalist, commentator and announcer Toni Reavis says, “There are very few truly great men among us, but Tommy was one. His selflessness and generosity of spirit created a family out of strangers from all over the world. That’s pretty great.”
Leonard fell in love with running at Westfield High and ran his first Boston Marathon as a Marine in 1953. He went on to complete 25 Bostons.
Leonard never forgot his hometown and Western Massachusetts, joining with family and friends to help found the popular Holyoke St. Patrick’s Road Race. He was honored in 2009 by the Holyoke St. Patrick’s Parade Committee with its citizenship award.

In 1993, with help from members of the Tierney family in Westfield who adopted him way back in the day, and friends at the Air National Guard’s 104th Fighter Wing, Leonard gifted the city with a 5K road race. “I just wanted to give something back to Westfield before my road race in the sky begins,” he said at the time.

Today’s Run Westfield Flat Fast 5K, with organizers who include Leonard’s “cousin” Mike Tierney, carries on the tradition Leonard hoped would last for years.
Tommy passed away January 2019 at the age of 85. 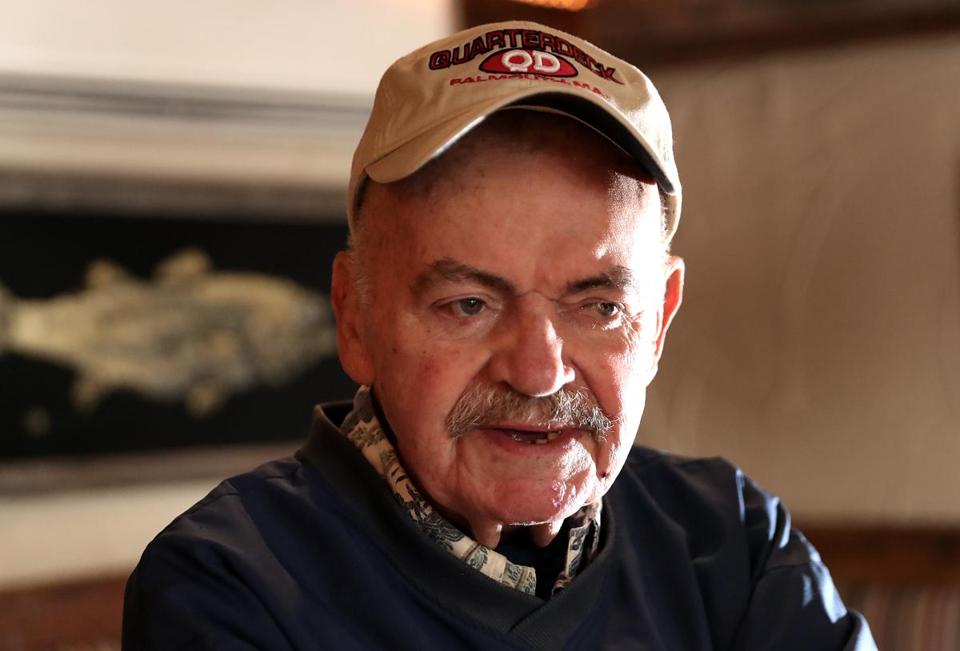